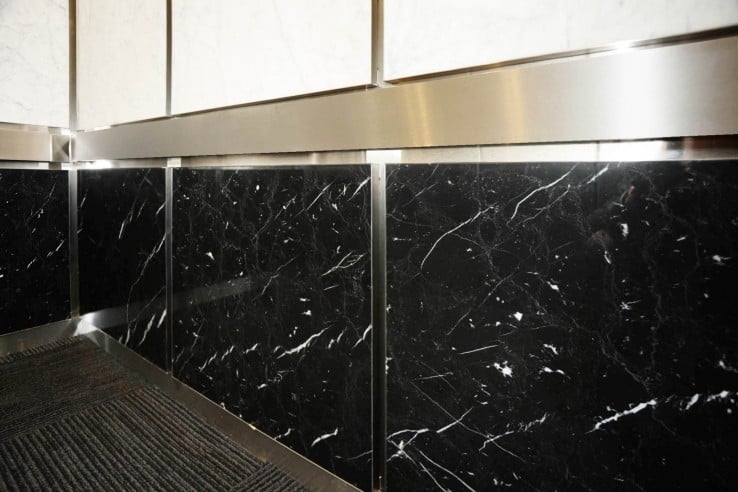 21st Century Bank, founded in 1917, offers business and personal banking services & financing at 6-locations in Minnesota. Constructed in 1969, the centrally located building located at 17 Washington Avenue North, serves a large portion of business clientele in the Minneapolis hub. The low-rise building has two (2) 2500-lb. capacity elevators, which serve five (5) floors. After nearly 46-years of use the equipment, controllers, fixtures, and interiors had to be updated in order to meet current ASME code requirements as indicated by the City of Minneapolis’ elevator inspector.

With a long-standing history of providing financing services to companies of all sizes, 21st Century Bank Owner, Tom Dolphin, is accustomed to evaluating financial conditions. When it was time to update two (2) 46-year old elevators in his Minneapolis location, he came directly to G&R for assistance. Mr. Dolphin explains below how it all started.

“We were tagged sometime before by the elevator inspector as our equipment was original from 1969. G&R is a customer of ours so it was natural to contact G&R about the process. Also, we had Eagle Elevator doing our monthly maintenance and they were pushing for new elevators. The upgrades were required by code which was then relaxed for a 2-year time period so we took advantage of that and waited.”

After Mr. Dolphin contacted G&R to get the process going, G&R visited the site and collected information about the elevators and assessed the engineering challenges involved with the anticipated modernization. Some of the following information about the elevator cabin and interior was gathered and condition of each was assessed for a formal proposal: platform size(s), cab shell configuration & structure, capacity, ceiling frame, lighting system, COP panel type, door types/sizes, control systems, and equipment. Afterward, the team at G&R reviewed the specifications and let Mr. Dolphin’s budget and design preferences guide G&R in making specific material and interior design recommendations for the two (2) elevator cabs.

Shortly after the project began, John Omorean, Sales Director at G&R, assisted in bringing together Mr. Dolphin with a local reputable, and reliable elevator service contractor who planned and executed the modernization project.

Each platform is supported with new 13mm hoist ropes, wiring and travel cable. New car operating panels (each with card reader provisions), new car doors and door operators were installed along with new ventilation to improve airflow in the cab. Mr. Bardwell, had this to say about the project:

“The project went well from a mechanical point of view. The major challenge we have is getting clients to understand that elevators have to be designed for each building, they’re engineered and not sitting on shelves, so getting the project started early is imperative to meet the deadline.”

The upper and lower ceilings were raised 12-inches, giving both cabs a more “spacious” feel according to Mr. Dolphin. The lower lightweight suspended ceiling includes downlights surrounded by perimeter strip lights (see before and after photos). The new lighting combination surpasses the 5-footcandle rule per  ASME safety code requirement.

The steel cab shells were not replaced during this modernization project because they’re both in good condition–which isn’t always the case in older buildings like this. However, their weight (444-lbs. each), accounts for nearly ⅓ total cab weight and impacted the materials used to fabricate the other cab components. The upper (White Carrera) and lower (Nero Marquina) polished marble panel faces are encased in stainless steel binder angles and have a heavy appearance, but only contribute 25% of the total cab weight. Both completed cabs live within the 5% weight rule requirement: which states that no more than a 5% increase in the cab weight is allowed during a modernization.

Mr. Dolphin utilized the two-year time frame given to complete the modernization wisely–he took the time to gather information and used it to make the most informed purchase decision, selected reputable manufacturers willing and able to answer questions. Garnering from his comments, Mr. Dolphin is pleased with how his design vision materialized… and needless to say is pleased that his building passed the elevator inspection!

“I think G&R did a great job of delivering what we picked out with them for the interior and they successfully raised the ceiling to a height that makes the elevator less claustrophobic.”   –Tom Dolphin, Owner

See more photos of this project in our project gallery.